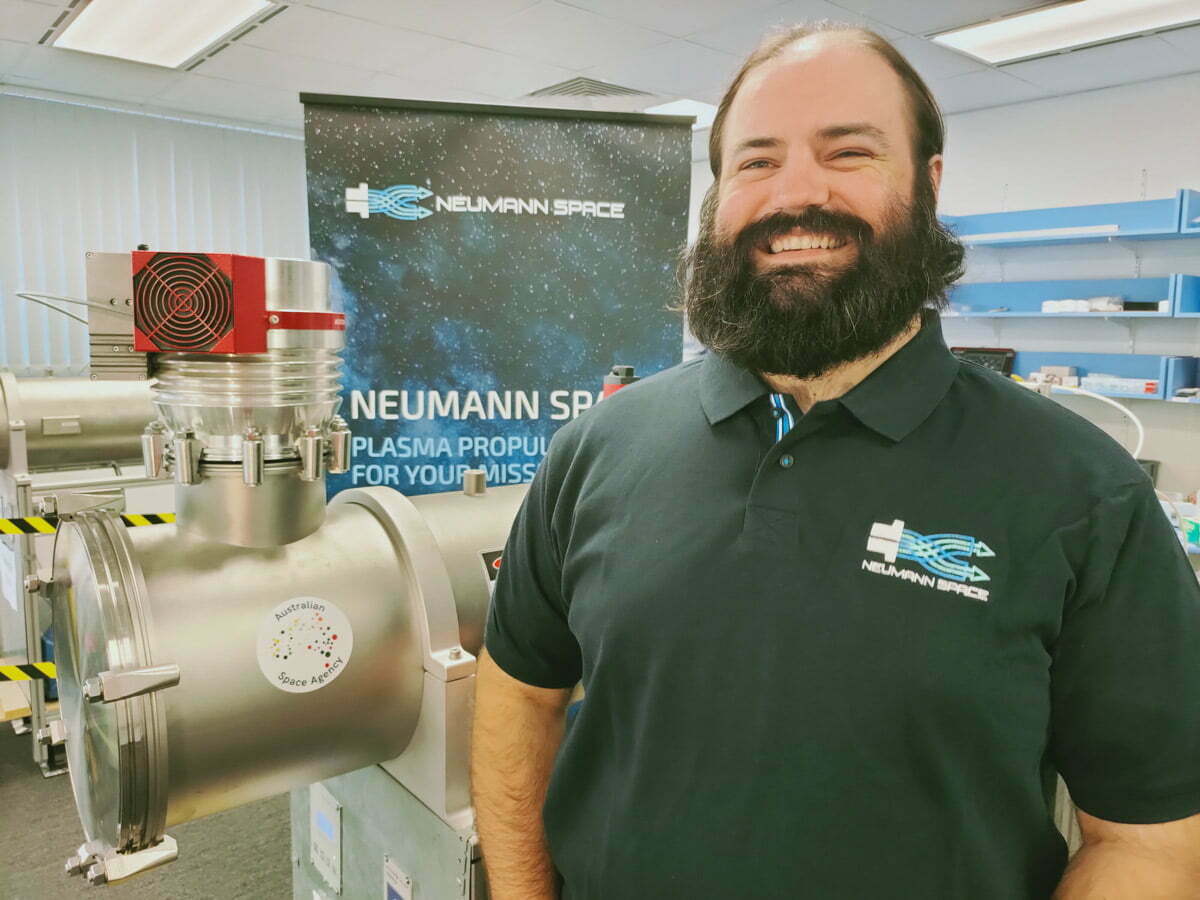 The team at Neumann Space is proud to let you know that our very own Founder and Chief Scientist, Dr Patrick “Paddy” Neumann has been awarded the coveted 2020 Lawrence Sperry Award by the prestigious American Institute of Aeronautics and Astronautics (AIAA, https://www.aiaa.org/).

As per the AIAA citation, Dr Neumann is receiving this award “for continued development of miniature electric spacecraft propulsion systems and ceaseless advocacy for the development of Australian space capabilities“.

Awarded annually since 1936, the Lawrence Sperry Award is presented for a notable contribution made by a young person, age 35 or under, to the advancement of aeronautics or astronautics. This award honors Lawrence B. Sperry, pioneer aviator and inventor, who died in 1923 in a forced landing while attempting a flight across the English Channel.

The award will be presented to  Dr Neumann  during the annual AIAA Aerospace Spotlight Awards Gala to be held in Washington D.C. on 20 May 2020.

In receiving this award,  Dr Neumann joins a very distinguished list of recipients (see https://www.aiaa.org/get-involved/honors-awards/awards/award/award-lawrence-sperry-award). He is the third Australian in history to receive it after Dr Michael West (2018, Department of Defence) and Dr Kimberley Clayfield (2014, CSIRO Space Sciences and Technology).

Please join us in congratulating Paddy.